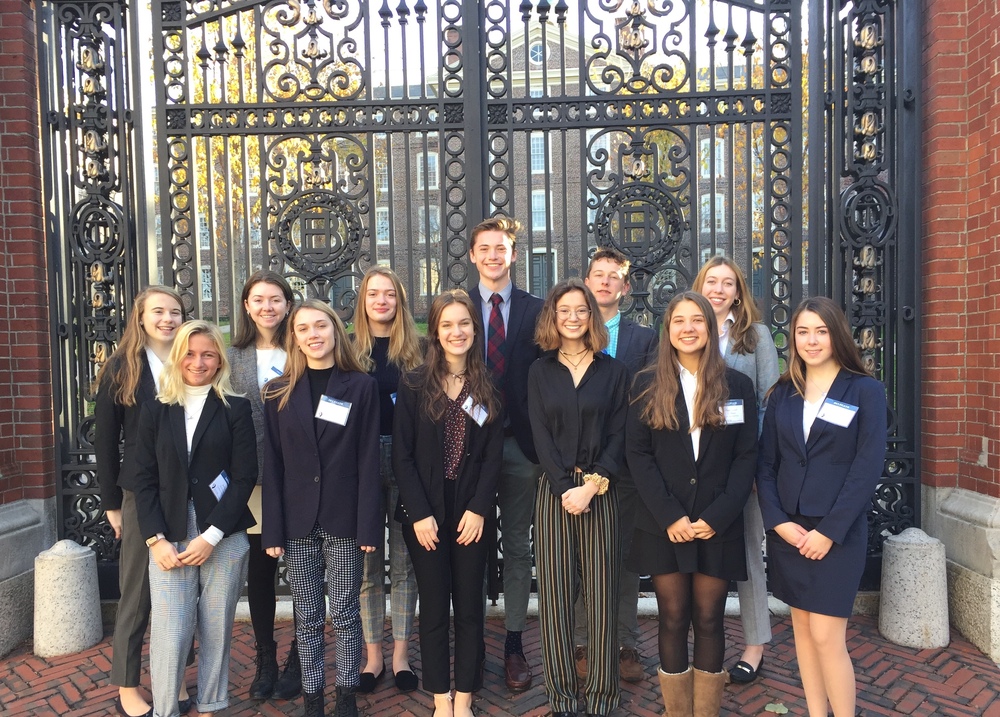 The CEHS Model UN delegation is back from running the Ivy gauntlet that is the Brown University Simulation of the United Nations.  As I witnessed how they conducted themselves throughout the entire weekend, both inside committee and out - and as I found myself invariably comparing them to how other delegations who attended this conference comported themselves - I could not be more proud of our kids.

Brown is, far and away, the most challenging and demanding conference in our season, and of our 12-person delegation, half were competing for only the first or second time, so it speaks to their desire to succeed that we were not even fully seated on the bus to head home before they were peppering me with questions about whether they will be chosen as a delegate for our February conference in Boston and when they can start preparations for it.

A couple special and note-worthy recognitions:

Please congratulate all of the delegates when you see them!