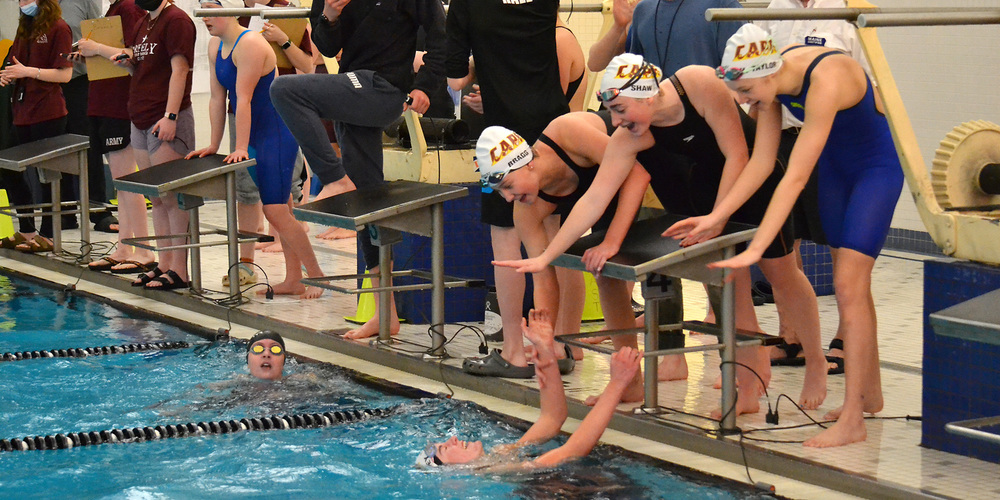 Both the CEHS boys and girls swim teams won their respective Class B State Championship titles  last month. This is the first time both teams won in the same year since 1992! In addition the boys broke a 39-year school record in the 400 Free relay. With many records set, both meets were spectacular events!

Keegan McKenney won both of his events, the 200 IM and 100 Free, and was named Performer of the Meet for the second time since his sophomore year. Ethan Smith won the 100 Butterfly with the fastest time in both Class A and B.

On the girl's side, freshman Hope Taylor won the 500 Free, Ali Bragg won the 200 IM, and Cookie Mahoney won both the 200 and 100 Free. Lucy Shaw joined Hope, Ali, and Cookie to win an exciting final 400-yard freestyle relay and with that, the championship. 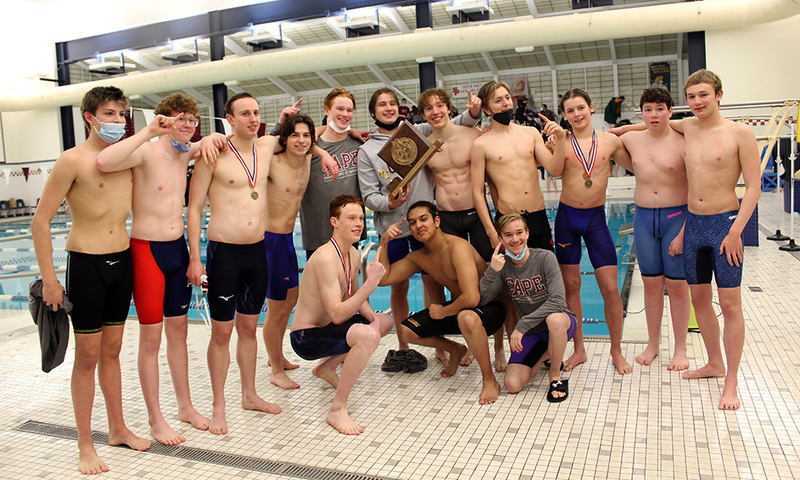